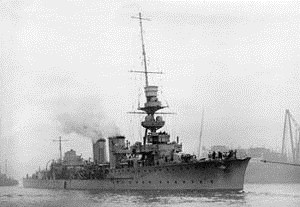 I remem'ber Simmo Simpson, Jim Reeves The buffer. Remember down the cabin flats when we hung a dummy up dressed in my overalls and that old pair of dispatch riders boots I used to wear. The buffer thought some one had committed suicide and freaked out. A MEMO FROM Tiny.

Trying to remember what happened whilst on board serving as a cook in 35 mess deck was involved in an incident that resulted in me going overboard when ship was in the malacca straits of singapore does any one remember this ?

I am reading some lovely letters from my dad to my mum leading upto and after I was born. He unfortunately passed away 1993 and I wanted to speak to somebody about his navy days, but since joining this about a month ago I have come across these letters. I have just read 1 letter about the filming of Sinking of the Bismark and crossing the line (equator) and so many other things. He keeps mentioning somebody called Tiny who may have been on the ship the same time.

My dad remembers having a rifle shooting match in 1959 against the Hong Kong Police and hms Centaur won.
My dad remembers the filming of "Sinking of the Bismark" and working on the 1 remaining flying Swordfish