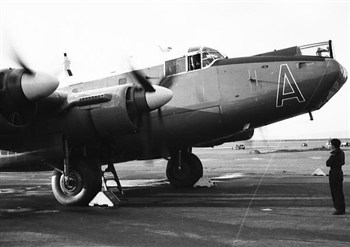 Coastal Command Development Unit was established at RAF Carew Cheriton in December 1940, later moving to Ballykelly, Tain, Dale and Angle. Its original purpose was to undertake service trials of all radar equipment and to investigate the tactics for the employment of such equipment in Coastal Command aircraft. Its scope soon increased to cover service and tactical trials of all Coastal Command aircraft and equipment.
At the beginning of 1945 it was transferred from Angle to Thorney Island and renamed the Air Sea Warfare Development Unit. The aim of the new unit was to increase efficiency in operations by carrying out trials on equipment and assisting its development by collaboration with research and development establishments. In April 1945 a similar unit was set up in Ceylon to conduct trials of equipment supplied to South East Asia Command.
The Air Sea War Development Unit disbanded on 1 April 1970, when control of all trials work for the Nimrod Fleet was assumed by the Central Trials and Tactical Organisation.