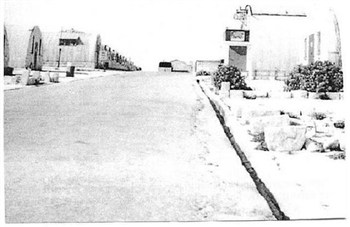 Ta Kali Airfield was built by the RAF during 1940 and extensively expanded in the next three years. It was transferred to the Fleet Air Arm on 1 April 1945 as HMS Goldfinch for use by a Fleet Requirements Unit. It returned to the RAF on 9 June 1953.

Ta Kali was a World War Two Royal Air Force station in Malta with lodger facilities for the Fleet Air Arm under the control of HMS St. Angelo, the local naval base.


The airfield was bombed several times by enemy bombers and Italian fighters strafed the airfield causing some damage to parked aircraft.

German aircraft began bombing the airfield in 1942 with Hurricanes and later Spitfires going up to intercept them. In May 1942 there was a great air battle and 65 enemy aircraft were destroyed.

Ta Kali was Closed April 1968 and handed over to the Maltese Government.