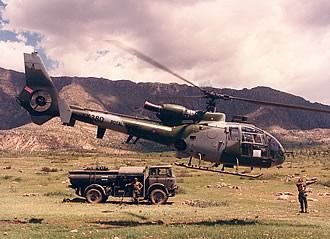 I served with 3 Cdo BAS from July 1973 until Mar 1977. Fantastic Unit with great spirit and professionalism and the very best guys you could ever wish to meet. I was the Flt Art at 40 Cdo Dieppe Flight from Sept 1973 until Aug 1974 at Coypool and Bickleigh Barracks, and then from Aug 1974 until Mar 1977 the Flt Art of Salerno Flt 41 Cdo Air Tp based in Malta. I loved every minute of my time with 3 Cdo BAS especially the sea time on carriers etc and deployments all over the world. Royals are the best soldiers in the world.

My first flight in a large fixed wing Ac from Brize Norton to Singapore-Feb 1969. Watching the sun rise whilst somewhere over the Indian Ocean on route to Gan. Very memorable.