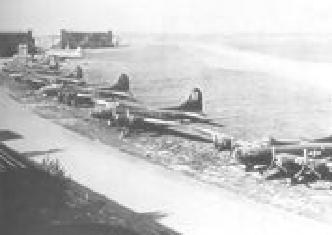 Construction of Honington airfield began in 1935, and the facility was opened on 3 May 1937. Squadrons of RAF Bomber Command using the airfield prior to World War II were:

In July 1940, No. 311 (Czech) Squadron RAF formed at Honnington with Wellingtons, later moving to RAF East Wretham in November 1940.

The Luftwaffe made several attacks on the airfield one of which killed about twenty airmen who were crossing the old parade ground on their way to tea. Another bomb demolished part of Barrack Block 76, which has since been rebuilt sometime between 1993 and 1996.

In 1941, a Junkers Ju 88 was shot down by ground fire from Honington. The aircraft crashed at the east end of D Hangar.

Then, in May of that year, a Wellington returning from a night trip attempted to land at Honington with its wheels retracted. It skidded to one side and crashed into the main bomb dump where it burst into flames. Group Captain J. A. Gray and Squadron Leader J. A. McCarthy, the station medical officer, were the first on the scene of the crash. Both entered the burning aircraft in an attempt to rescue the crew who were trapped and, between them, two crew-members were saved. For this gallantry, both officers were awarded the George Medal.

The best time of my enjoyable RAF career was working as the Instrument mechanic on the Victor BMk1 (XH620), when 57Sqn was based at Honington.

Looking for USAF folk stationed at Mildenhall in 1960/61, please get in touch