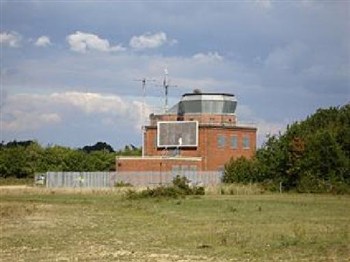 RAF Greenham Common is a former World War II and NATO Cold War airfield located on the border between Greenham and Crookham, 2 miles (3.2 km) south-east of Newbury in the English county of Berkshire and 45 miles (72 km) west of London. During World War II it was used by the United States Army Air Force and the Royal Air Force, and during the Cold War by the United States Air Force for Strategic Air Command bombers and later for BGM-109G cruise missiles.

The airfield was also known for the Greenham Common Women’s Peace Camp held outside its gates in the 1980s.

With the end of the Cold War in the early 1990s, the military use of RAF Greenham Common ended and the base was returned to civilian use in 1993.