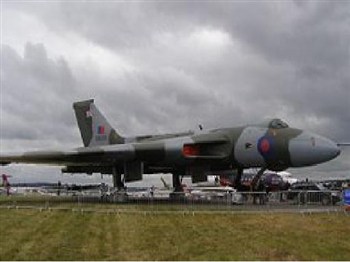 The airfield (and now Airport) at Finningley is located off the A638 Bawtry Road to the south of Doncaster. This road is historically known as the Great North Road and was called the A1 at that time. The road’s significance and designation changed when the Doncaster A1(M) Motorway bypass was built. The A1 road was the principal road - the equivalent of a modern-day backbone motorway - that linked London to Edinburgh and ran straight through the centre of Doncaster. Because of the significance of communication, a large proportion of UK military airfields were built alongside it.


A Royal Aircraft Factory BE.2 Fighter. Aircraft identical to this were based at Finningley during 1915.The Royal Flying Corps Station Doncaster (RFC Doncaster) which later became RAF Doncaster was located on the same principal highway. During the refurbishment of the Royal Flying Corps station at Doncaster in 1915 a decision was taken to move operations temporarily to an air strip at Bancroft Farm at Finningley. This flight of aircraft is thought to have consisted of Royal Aircraft Factory BE.2c fighters. These fighters were used to intercept Zeppelin bombers approaching Yorkshire cities from the East Coast, in this instance, the heavily industrialised City of Sheffield.