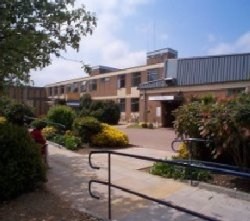 RAF Ely, as it was known became a much loved district general hospital providing medical and surgical care to servicemen and women as well as local people. It was renamed the Princess of Wales Hospital in 1987, but was closed by the RAF in 1992. The hospital was saved by a local pressure groups, Action for a Community Hospital in Ely (ACHE). In 1993, Lifespan Healthcare NHS Trust took it over and began to develop services. The hospital then became part of East Cambridgeshires and Fenland Primary Care Trust in 2002 following the disbandment of Lifespan Healthcare. In October 2006 it became part of Cambridgeshire Primary Care Trust.
Specialist outpatient services including gynaecology, ophthalmology, paediatrics, orthopaedics, obstetrics and ENT, nurse led dermatology, audiology

The nurses were very accommodating on more than one occasion....Oh sweet memories of youth....please may they return !!