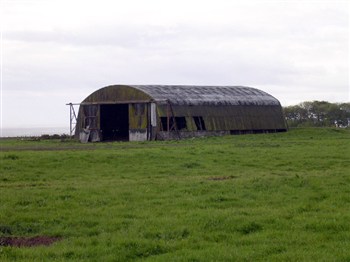 During WW2, the Fleet Air Arm needed places to train pilots and East Haven was one of those places. Commissioned as HMS Peewit, the base had an aircraft carrier deck marked out on the runway to give the pilots something to aim for. After the war was over the station was paid-off and was returned to the original owners.

A number of small aircraft type hangars can be found, still doing sterling service in the agricultural sector, along with a number of brick buildings.