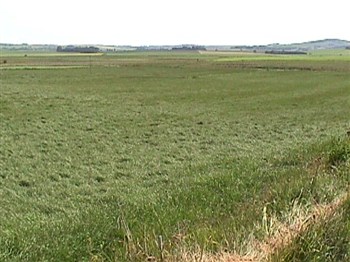 East Fingask was used a Satellite Airfield for Dyce (Aberdeen) . There is no sign today of anything, which indicate that it, was ever used.
East Fingask was used when there was an alert at RAF Dyce.
Avro Anson mk 1s of 612 Squadron (City of Aberdeen) were flow here to make the less vunerable during any attacks on the airfield at Dyce, 612 operated the Ansons until Dec 1940 when the were replaced with Whitleys. The only wartime remains of the airfield is a single hut beside East Fingask Farm.