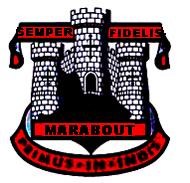 In the 2004 re-organisation of the infantry, it was announced that the Devonshire and Dorset Regiment would cease to exist; it would be amalgamated with the Royal Gloucestershire, Berkshire and Wiltshire Regiment to form a new battalion of The Light Infantry. As part of the preparation for this, the regiment moved from the Prince of Wales’ Division to the Light Division, and was renamed the Devonshire and Dorset Light Infantry, on 22 July 2005.

On 24 November 2005, the MOD announced further changes to the amalgamations. The regiment would still merge with the Royal Gloucestershire, Berkshire and Wiltshire Regiment resulting in a single battalion; however they were now to join a new large regiment created by the amalgamation of The Light Infantry and the Royal Green Jackets. This new regiment was to be called The Rifles and was to be formed in February 2007. The battalion that resulted from the merger of the Devonshire and Dorset Regiment and the Royal Gloucestershire, Berkshire and Wiltshire Regiment was designated 1st Battalion, The Rifles. On becoming part of a rifle regiment, the D and D no longer carried their colours; these were laid up in Exeter Cathedral on 27 January 2007.