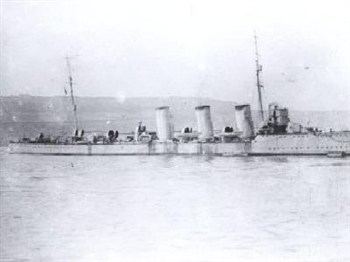 We had just leveled at 500ft doing diving trials. The crew and Vickers personnel were checking compartments for leaks. I as Outside LME was in the Scrubber room with the Wrecker (Pills Illingworth). Suddenly we were both in a heap at the back of the compartment. The boat was at a monstrous angle, felt like it was shaking itself to pieces and a very loud "whooshing" could be heard. I can still remember Pills murmuring "Emergency Surface" It turned out that one of the Vickers lads was coming out of the Diesel Room and his overall pocket caught the manual flood alarm. We were told that when the alarm flashed and sounded on the SCC the Skipper (Tim Hale) calmly gave the orders Emergency Surface,45 deg bow up, Full ahead, Blow all Main Ballast. (I may have got the sequence wrong it has been a long time) I met Tim at a reunion in 2009 in Exeter and he burst a bit of a myth for me, I always thought we had come to the surface with the bow straight out. He told me that he had actually leveled the boat before reaching the surface, other wise there would have been a chance of us sliding back down. This was great commanding by an excellent Skipper and brought the crew together as a unit that could trust their Commander