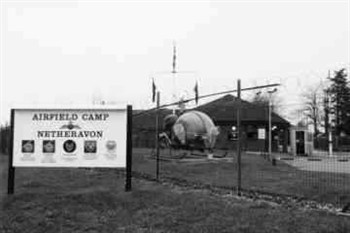 RAF Netheravon came into use before WW1 and was used initially for Balloon operations. Aircraft were flown by the Royal Flying Corps again before WW1. The RFC became the Royal Air Force in 1918. The airfield is claimed to be the longest continuously operated airfield on earth and is now operated by 7 Regt AAC(V) of the Army Air Corps.

The RAF finally left Netheravon in 1963 and it  was used as a transit camp for units exercising on Salisbury Plain until the Army Air Corps took it over in 1966.  They were grateful for the space as Middle Wallop could no longer cope with the expansion of Army Aviation.

The major station unit today is 7 Regt AAC(V), formed in 1969, whose main role is to provide liaison flying for the Regular Army and general aviation support for the Territorial Army.

Anyone remember the winter of 62? Snow was so high in the kennels dogs where going for self "walkies" at midnight! We dug out the married quarters twice. On one occasion, I put my police mac against the snow wall we had dug. When trying to put it back on, all the buttons snapped off frozen solid. Pooor old Stewart McCardle copped duty handler on one of the worst nights.