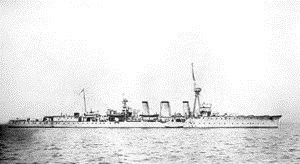 I was the CMEM on Caroline in 1973/74. during this time The Royal Naval Reserve, Ulster Division was granted the Freedom of the City of Belfast on the 9th April 1974. The RNR has now been renamed HMS HIBERNIA and moved to an Army Base in Lisburn,l which is away from the sea