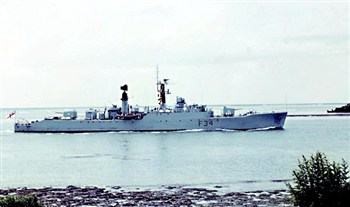 The last South America / South Africa deployment. Has any one got photo of Puma comming on station I think relieving Jaguar of the sailor dressed in drag on top of the forward 4.5 inch turrent. I was that man.

What a trip Round England recruiting for RN for a full year. Betters my SASA and 2 world tours.