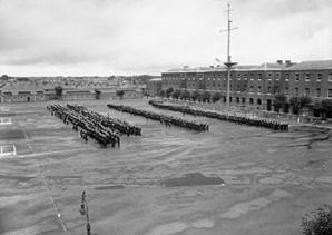 Chris Towse where art thow? I would like to hear from you. I have just packed in smoking in fact 10 mnths. You were the guy who showed me how to roll a fag and set the ball rolling ha!!!

Who remembers the entry on January 7th of this year? It was during the bad winter and the parade ground both main and the new entries were solid with ice! I remember RPO Dring (Dring-Dring)!! and then there was CPO Dickie Bird, "Hands off *ocks, on socks"!!