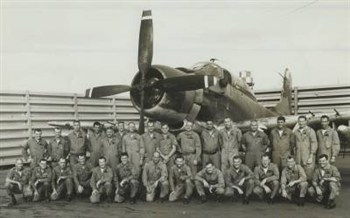 It was December 23, 1941 when the first Japanese warplanes attacked the Burmese port of Rangoon.  It wasn’t long after that, that the Japanese 15th Army began its attempted conquest of Burma.   By March 8, 1942 the City of Rangoon was abandoned and the remaining troops of British General Archibald Wavell were in full retreat back to India.
The British had long thought that Burma’s terrain, with it’s mountains, rivers, roads and valleys which all ran basically north to south would make travel east to west for the Japanese Army difficult and the defense of Burma easier.  But the speed in the Japanese advance stunned the British and very soon, both British Major General William J. Slim and American Lt. General Joseph W. Stillwell’s forces in Burma were forced to withdraw from Burma.

It was during this withdrawal that a former British artillery officer, Colonel Orde C. Wingate arrived in India and he began straight away studying the terrain of Burma and tactics employed by the Japanese Army.  He forwarded a report with the idea of fighting the Japanese in Burma with hit and run tactics, these to be carried out by what he called Long Range Penetration (LRP) groups and these operations were to be carried out far behind enemy lines.  British General Alexander was impressed with the report and agreed that the Burmese terrain combined with Japanese tactics ruled out any direct assault on the country, but the Japanese communication and supply lines were still vulnerable to attack.  To be effectual these LRP groups would have to be lightly armed, therefore they would need to be supplied by air and if they needed any additional firepower, it too would have to come from the air.

It wasn’t until February 1943 that Wingate would have a chance to put to the test his LRP concept when he was given command of the 77th Indian Brigade and it’s 3,000 men.  Wingate was forced to begin his experiment without the benefit of an Allied offensive, which would have helped keep Japanese forces occupied, while he and his group began to carry out their first hit and run raids.  Preliminary LRP raids had mixed results, two LRP columns returned to India after losing their radio’s after being ambushed.  Other LRP columns were more successful and had managed to blow up numerous sections of railroad tracks with minimal loses to themselves.   The Japanese, on the other hand, were able to concentrate more attention on these raids, and soon LRP casualties began to mount. Add to this, poor air supply and evacuation of wounded and it wasn’t long before Wingate and his LRP columns were forced to terminate their operations in Burma and withdraw back to India.  Widget’s exploits in Burma were reported by war correspondents and soon his group was given the name ‘Chindits, after a mythological beast, half lion, half griffin, which guarded Burmese pagodas.

Supplying the Chinese to help fight the Japanese in Indo-China was a major operation at this time and the Burma Road was the major supply route into China.  When the Japanese cut the Burma Road, this major supply route was lost.   With this event, the only way to continue to get vital supplies into China was to fly them in over The Hump.  It was to this end, the Air Transport Command began an airlift from bases in India, over The Hump, and into China.  If the Burma Road could not be reopened, China might fall and the Japanese forces in the area could be redeployed to fight elsewhere in the Pacific Theater.

It was during the Quadrant Conference in Quebec Canada, (August 14-24, 1943) that Wingate proposed that his concept be expanded to include eight brigades, four for combat operations and four brigades in direct relief.   President Roosevelt approved this idea and agreed to supply aircraft for support of these LRP units.  The initial request by Wingate was for sixteen (16) C-47’s, one bomber squadron per LRP unit for close air support and a light aircraft force for each LRP unit to he