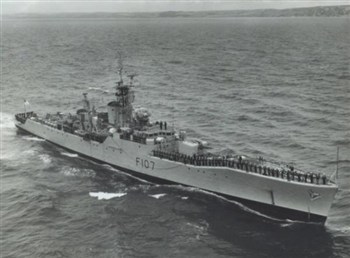 The Navigator Officer was Lt Jonathon Band when in Perth Australia Maratime club he was Liason Officer I was Liason Petty Officer I introduced the wife to him at a Xmas function there he said to her why is someone so beautiful as you with an ugly old git like him we laughed our heads off then she said to him cause he is better looking that you he laughed his head off. I was given a Bottle of Port as a thankyou for the work I did. It was a 1939 bottle with the Royal seal of Oporto on it.
We called into Bodrum in Turkey carried out a full survey of the area as requested during which at a cafe in the centre we held a sing song at lunchtime and into the afternoon. Riot Police turned up armed, I went and told there Captain what was being done and asked to him to put down all their weapons and come and join us they did and we had an english and turkish sing song. Because of the report we produced to uk it became a recommended Holiday resort.
We called into Fiji and was asked to go ashore to an Orphanage and repair the childrens playground which was wooden. We did it then at 1630 their time we were invited to stay for tea then when the Nuns had served it they started singing it was not religious it was more like The Sound of Music.