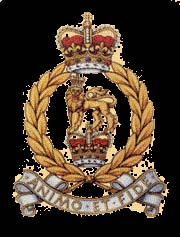 The role of the SPS Branch is to ensure the efficient and smooth delivery of personnel administration to the Army. This includes support to individual officers and soldiers in units, by processing pay and Service documentation, first line provision of financial, welfare, education and resettlement guidance to individuals and the provision of clerical skills and information management, to ensure the smooth day-to-day running of the unit or department.

AGC (SPS) officers are employed throughout the Army, in direct support of units as Regimental Administrative Officers or AGC Detachment Commanders. They hold Commander AGC (SPS) and SO2 AGC (SPS) posts in district/Divisional and Brigade HQs and fill posts at the Adjutant General’s Information Centre (AGIC) and general staff appointments throughout the Army headquarters locations.

AGC (SPS) soldiers are employed as Military Clerks in direct support of units within the AGC Field Detachments, in fixed centre pay offices, in headquarters to provide staff support and in miscellaneous posts, such as embassy clerks, as management accountants or in AGIC as programmer analysts.

The principal functional tasks of AGC (SPS) personnel on operations are:

a. The maintenance of Field Records, including the soldier’s Record of Service, casualty reporting and disciplinary documentation.

b. Clerical and staff support to Battlegroup HQs and independent Sub Units such as Engineer and Logistic Squadrons.

c. The issue of pay and allowances to personnel

d. The maintenance of Imprest Accounts (the MoD Public Accounts) which involves paying local suppliers for services, receiving cash from non-Army agencies such as NAAFI and Forces Post Office receipts.

e. The deployment of a Field Records Cell which co-ordinates all personnel administration in the field.

f. AGC (SPS) personnel play a full part in operational duties by undertaking such tasks as local defence, guards and command post duties. In addition, Command Officers can employ any soldier in their unit as they see fit and may require AGC (SPS) personnel to undertake appropriate additional training to allow them to be used in some specialist roles specific to the unit, or as radio operators or drivers.

Currently, about 66 per cent of AGC (SPS) soldiers are based in UK, 23 per cent in Germany and 11 per cent elsewhere. The majority, currently 70 per cent are serving with field force units, with the remaining 30 per cent in base and training units or HQs, such as the MoD.

Members of AGC (SPS) are first trained as soldiers and then specialise as Military Clerks. AGC (SPS) officers complete the same military training as their counterparts in other Arms and Services, starting at the Royal Military Academy, Sandhurst. They are required to attend all promotion courses, such as the Junior Command and Staff Course, and to pass the standard career exams prior to promotion to the rank of Major.

The Adjutant General’s Corps is a corps in the British Army responsible for many of its general administrative services. As of 2002, the AGC had a staff of 7,000 people. It was formed on April 6, 1992 through the amalgamation of several separate services.

The Staff and Personnel Support (SPS) Branch was formed from the Royal Army Pay Corps and the Women’s Royal Army Corps, as well as the staff clerks of the Royal Army Ordnance Corps, followed by the All Arm’s Clerks from the remainder of the British Army.

In 1797 a special Paymasters commission was instituted. The Paymaster and his appointed clerk were the forerunners of the Staff and Personnel Support Branch.

In 1878 the Army Pay Department (APD) was established which included Officers from the Control Department and Regimental Paymasters. These Officers were to provide pay departments at each of the 69 Brigade Depots. In 1893 the Military Clerks who assisted these Officers were were formed into the Army Pay Corps (APC).  Although under different names the APD and APC formed one branch of the service.

In 1912 the Clayton Committee recommended that the pay administration be should be based on a 2 tier system.  Regimental Officers in units paying their men and Paymasters keeping the permanent accounts in Fixed Centre Offices (FCPOs) in the United Kingdom where they would remain.

In 1920 APD and APC were granted the title Royal and were amalgamated into a single Corps, The Royal Army Pay Corps.

WWII differed from WWI in that there were widely dispersed area of operations from the start. Paymasters and their staff accompanied the Field Army wherever it went.  By far the biggest problem was the lack of suitable clerical labour and where to site the Pay Offices.  Pay offices were established in France, and cashiers were located in the Western Desert, North Africa, India with Field Offices attached to the Formations.

Back in the UK, the FCPOs had taken into use Burroughs accounting machines to cope with the ever expanding number of accounts and increasingly complex regulations. To improve the service an RAPC representative  was introduced at Head Quarters level.

Between the Wars the traditional source of both officer and Soldier recruitment had been from other Arms. Towards the end of the war, however, the proportion of direct enlistment had greatly increased. In 1946 the RAPC Training Centre was formed in Aldershot.

Army Pay accounts were progressively moved onto  Automatic Data Processing (ADP) from 1958 onward at Worthy Down, Hampshire. Male Soldiers’ accounts were completed during the early 1960s and those for the women’s services and the Territorial Army followed. This allowed the number of FCPO sites to be reduced to 6 by 1979.

As well as providing financial service to all 3 services RAPC personnel were used in Operations Rooms as Watchkeepers, as casualty clearing station personnel, stretcher bearers and in charge of the documentation and the guarding of enemy prisoners.  On 6 April 1992 the Corps was disbanded and its functions absorbed in to the Adjutant General’s Corps.