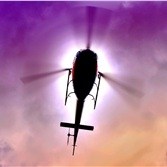 The modern incarnation of British International was established in 2000 with the backing of 3i and the Bank of Scotland, through a management buy in of non-oil related operations of Scotia Helicopters and the Canadian Helicopter Corporation (CHC), with Bank of Scotland providing funding of GBP 22 million. The company’s origins stretch back further than this however; British International now operates the world’s longest running helicopter passenger service, between its heliport in Penzance and the Isles of Scilly. The company’s excursions from Penzance to St Mary’s have been operated by helicopter since 1964, and it remains the only air operator to fly direct to both islands, Tresco and St Mary’s.

The company is a supplier of helicopter services in the UK and owns and operates 11 helicopters ranging from four seat utility aircraft to 28 seat high capacity equipment.

British International also has a long standing relationship with the Ministry of Defence, providing helicopter support to the Falkland Island Garrison and Flag Officer Sea Training and Joint Maritime Courses in Plymouth and off the West coast of Scotland.

From its base in Cardiff, British International provides the Air Support Unit to the joint police forces of South Wales and Gwent and has a contract with QinetiQ for the retrieval of targets used in training RAF pilots off the coast of west Wales. It also has a thriving ad hoc charter business, with customers including the BBC and Network Rail. Headquartered in Sherborne, Dorset, the company currently employs approximately 160 staff and has an annual turnover of GBP 19 million.

God what a crap life for five frigging years! Highlight was a second stint down FI on the wokkas! Oh and doing me HNC in the last 3 months - boy has that paid in full !!!!!!