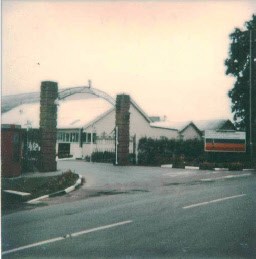 Princess Marina College was designed to house and train up to 1,000 apprentices at any one time.

Building at Arborfield began in 1938 on the site of the Remount Depot and quickly took shape; sports fields, workshops, offices, barrack rooms, gymnasium, NAAFI, Officers’ Mess, Sergeants’ Mess and a hospital. The buildings, like many others of that period, were constructed of wood and corrugated iron and fitted with hot water central heating – they were destined to be in use for 42 years. Long before they were completed the selection of staff was being considered and some of the first incumbents were as follows:

In addition to numerous far-reaching developments in the training of apprentices, the long awaited move to the new buildings and re-designation as Princess Marina College took place.