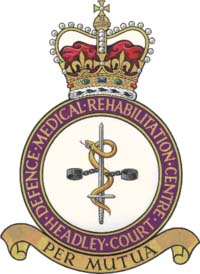 It is used as a rehabilitation centre for injured members of the British Armed Forces.

Headley Court was an Elizabethan farm house bought by the Cunliffe family, from Tyrell’s Wood, and built into an imposing mansion by Lord Cunliffe, who was Chairman of the Bank of England. During World War II, it was used as the Headquarters for the Canadian Forces in Europe, and since the war, it has been used as a Royal Air Force and Joint Services medical rehabilitation centre(JSMRU). Headley Heath, during this war, was used as a training ground for engineers building airstrips and trench systems, then demolishing them again.