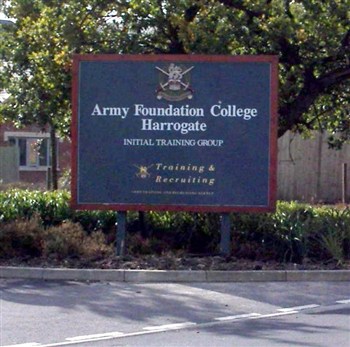 The College was established in 1947 as "The Army Apprentices School" and in its early years trained Apprentices for the RA, RE and R Sigs. In 1961 training for the RA and RE was transferred elsewhere and since then the College trained apprentice tradesmen solely for telecommunications trades in the Royal Corps of Signals.

I was the Captain of the College Athletics team and a member of the record shattering 4x 100 Yds. relay team which destroyed the Army record that year in Aldershot.

Joining up on May 12th 1964. Leaving Walsall train station on my own leaving me and my family in tears. Changed station at Leeds for Harrogate then picked up by army mini bus. Off to Pennypot Lane (never forget that road !). To Hildebrand Barracks to the infamous wooden spider huts ! Do I regret it? The first 16 weeks, YES !! But it taught me a little bit of discipline.