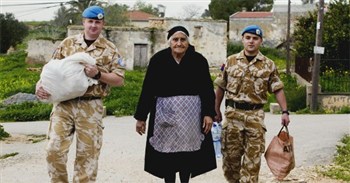 The Unit has 71 Royal Signals personnel employed variously in the command and training role or as Special Operators, technicians, drivers and suppliers, and 12 Royal Logistic Corps personnel employed as chefs, drivers and suppliers. All personnel work alongside members of the Royal Navy, Royal Air Force and members of other Army corps and regiments such as the Royal Engineers, Intelligence Corps and Adjutant General’s Corps, as well as civilian staff.