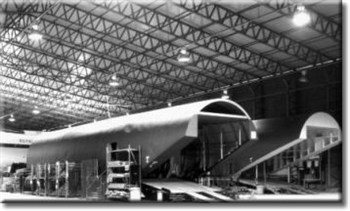 In January 1954, the RAF Movements School was formed at RAF Kidbrooke in southeast London, and on 21 February 1956; the School received the current Unit badge, signed by Her Majesty the Queen. The badge shows the swan superimposed on the torch and the motto ‘Ars Lenit Iter’. The swan represents movement by land, sea and air, while the torch represents learning. The motto can be roughly translated as ‘Skill Smoothes the Journey’.
The RAF Movements School is tasked directly by HQ Strike Command to provide movements and mobility training to personnel of all three Services and other Government departments. The School is commanded by a squadron leader Movements specialist of the Supply Branch and has a staff of 47. The primary functions of the School are to provide training for selected officers of the Supply Branch and all airmen of Trade Group 18 (Movements). Additionally, certain Foreign and Commonwealth forces send students for training on these courses. The School conducts mobility training for officers and airmen of all branches of the Royal Air Force and for students from the Royal Navy, Army and other Government departments. In all, the School runs approximately 25 different courses with an annual throughput of over 1900 personnel. These courses range from the basic recruit course of 17 weeks to short courses lasting only one week or less.

In January 1963, the School moved to RAF Kirton-in-Lindsey in Lincolnshire, but was disbanded in December of the same year.