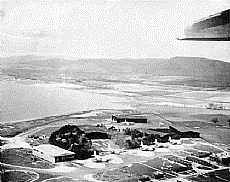 During WW1 the American Navy took over Dalmore Distillery and used it as a mine base.  The so-called ‘Yankee Pier’ still juts out into the firth.  In the 1930s the RAF’s presence grew.  Alness became a training base for flying boats.  In 1938 228 Squadron with Saro Londons and Stranraers came to the firth from Pembroke Dock and this was followed in October, 1939 by 210 Squadron of Sunderlands and Catalina  Flying boats by 1941 4C OUT was fully established and Alness, with the officers based at Dalmore House and the ’tech site’ and repair and maintenance area at Alness Point, became a very busy strategic point for training and North Sea surveillance.   Short Sunderlands had a crew of 13 and by 1942 the OUT was producing 22 trained crews a month.


It was from Alness that the Duke of Kent, the King’s youngest brother, took off on his ill-fated flight in August, 1942.  He was due to visit troops in Iceland.  The expected route was to follow the coastline of Sutherland and Caithness, but for some, still unknown, reason the aircraft turned inland and, in heavy mist and rain, crashed on Eagle Rock above the village of Berriedale.  All crew were killed except rear gunner Flt/Sgt Andrew Jack.

Trainee pilots at RAF ALness Scotland were on storm duty ie on catalalena flying boats on Cromerty Firth about 1943 unfortunatly storm blew up the Pilots were supposed to turn air craft in to wind etc, but disaster several aircraft sank resulting in the death of pilots. I dont know if the aircraft are still at the bottom of Cromerty Firth to this day