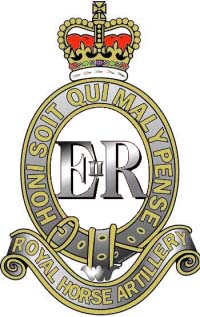 7th Parachute Regiment Royal Horse Artillery (7 PARA) is a regiment of the Royal Horse Artillery in the British Army. It currently serves in the field artillery role with 16th Air Assault Brigade, and is equipped with the L118 Light Gun.
This was formed in 1962 from the 33rd Parachute Light Regiment Royal Artillery and served until 1977 as the artillery regiment of 16th Parachute Brigade. After a spell in Germany as a non-airborne unit it returned to Aldershot where it joined 5th Airborne Brigade and once again assumed the airmobile role. It is currently part of 16th Air Assault Brigade based in Colchester armed with 105 mm Light Gun which is air-dropable from the C-130 Hercules.