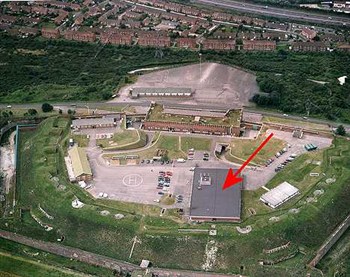 The underground Royal Navy COMMCEN was established in the old WWII UGHQ tunnels in the 1956. During the early 1970s it became apparent that the cost of maintaining and refurbishing the tunnels was becoming prohibitive. Also the Fort Southwick underground COMMCEN was considered to be a fire hazard after a fire in a similar installation at RAF Neatishead. In 1974 the tunnels were closed when a new above ground COMMCEN was built on Fort Southwick parade.This was closed in 2001 when the COMMCEN function was transferred to the Portsmouth Naval Base.