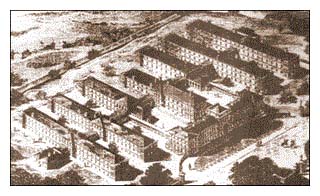 After Queen Victoria’s visit in 1900 the Herbert Hospital became known as the Royal Herbert Hospital. It became the army’s main orthopaedic centre as well as a general hospital for troops and their families in the whole of the London area.

During the severe winter of 1962-3 the hospital was on the emergency bed service list and received patients from the Woolwich area when all the other local hospitals were full.


During World War Two the Royal Herbert Military Hospital admitted civilian patients when the Woolwich Arsenal was bombed by the German Luftwaffe. Any downed pilots and navigators were taken as a Prisoner of War (POW) and treated for their injuries at the Royal Herbert. A separate Luftwaffe officers ward and NCOs ward were set up.