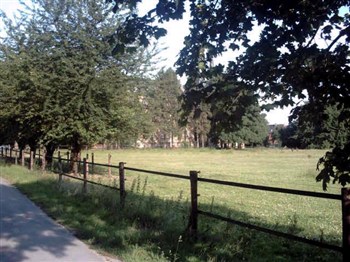 Situated about 1.5 miles north of JHQ, this building (or parts of) actually started life as a Franciscan monastery.  However, a dark side prevails as during the Nazi period the site was used to implement euthanasia. After the war and in British hands, it became BMH Hostert. This lasted from 1950’s until early 1960’s, when it was converted/re-roled to Kent School.
Tom Baker who starred in ’Dr Who’ did his National Service here.