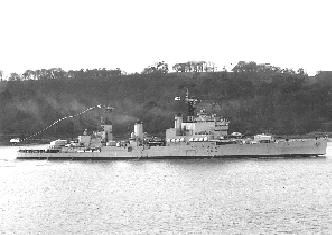 Aug.1966 HMS Tiger alongside in Devonport dockyard was testing the for'd 6" gun turret systems. The gun barrels were depressed with a mat on deck under the gun muzzles.The trial involved loading @ testing firing circuits using a dummy shell with no driving band so that it would slide down the barrel @ drop onto the mat.The loading also required a dummy cordite charge to be loaded behind the shell.I was in the Engineers Office when I h eard an almighty bang, I thought "Thats the donkey boiler gone for a burton. Everybody rushed to the upper deck, panic,the dummy had been fired by a LIVE cordite charge.The shell passed between the lower guard rail @ the deck edge,ricocheted of the jetty @ smashed into the underside of a dockyard crane. Fortunately no one was hurt,there was a lot of stern tube twitching amongst the Gunnery dept.The cause was a live cordite charge mixed up with the practice ones.A full enquiry was promised I never saw the result published.