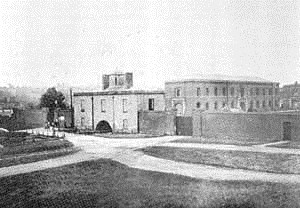 The central ordnance depot at Donnington, near Telford in Shropshire, is one of the Army’s two major storage depots. It has an area of over 300 acres with about 270,000 sq m of covered storage. There are nine major storage buildings on the site, with one under construction. The depot has a mixed military-civilian work force.

doing the disco at the great,famous bra
the sad demise of my good friend mick o’conner.
meeting everyone that i served with and partied with

arriving in january 67,moving up to juffair, going down to the ord depot to work, in 3 tonners every day, finally when the twynams were ready to move into.doing guard duty at the vehicle depot on the side of the airport, watching the planes landing and taking off, from the tower.swimming at RAF.MURRARACK drinking in the malcome club.having the odd daY OUT at the sheiks beach, loads of of memories and most of them good, and best of all the lads who were all great, super memories

WRAC and RAOC personel went by bus to Dover, hovecraft to Calais, spent the day in Calais and returned by hovercraft, it was like sitting on a large dingy bopping over the waves, that was the only time I ever travelled on a hovercraft and will never forget the experience. Is ther anyone else on this site who was on that memorable day out?

Hi all x aqababarians, can you remember me? mike, i worked under cpl Jordie Richardson in the vehicle park. I lived in Heart Break Hotel with Cpl Roy Kellet, the late Bill Sleddon (reme) and Chicco Charlton. We were a happy bunch in that tent looking across towards Elat Israel.
I also did remember going out in the boat with i think, a lorry windscreen fitted in the bottom and bein able to see the coral reifs and different fish. Gosh how time has slipped past. Audrey my wife for past 50 years took me on a secret holiday about 15 years ago and i did not have to look at any paper work or air port departure area but i soon found out at the airport. It was a Jordan Airline and off to Jordan, all my expences paid and plenty of booze. Aman,Petra and Aqaba,a wonderful holiday. mike