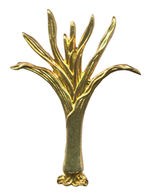 The Regiment was the last of the five Foot Guards Regiments to be formed, only coming into existence in 1915 by Royal Warrant of King George V and order of Earl Kitchener the Secretary of State for War.  Within a few months of its creation the new unit was not only on mounted guard duty at Buckingham Palace but also sailed for France to engage in the actions of the Great War.

During the Second World War The Regiment was expanded to three Battalions with both the 1st and the 2nd Battalions in action in North West Europe while the 3rd Battalion fought in the Tunisian and Italian Campaigns of the war.
After the war, the 3rd Battalion was disbanded and the 2nd Battalion was placed in suspended animation.  The 1st Battalion went on to served in Northern Ireland, Palestine, Egypt, Germany, Aden, Cyprus and Belize, and was famously part of the task force that fought in the Falklands campaign in 1982.

More recently it has been deployed on two tours of Bosnia and tours of Northern Ireland, Iraq, Kosovo and Afghanistan.
It is easy to distinguish between the Regiments of Foot Guards as the buttons on the tunics are spaced to reflect their order of seniority. The Welsh Guards have buttons arranged in groups of five.

The Regiment was awarded 20 Battle Honours and 1 Victoria Crosses, losing 860 men during the course of the war.

The regiment was increased to 3 Battalions during the World War 2. The 1st Battalion fought in all the campaigns of the North-West European Theatre. The 2nd Battalion fought in Boulogne in 1940 whilst the 1st fought in Belgium as part of the British Expeditionary Force. In May 1940 at the Battle of Arras, the Welsh Guards gained their second Victoria Cross by Lieutenant The Hon. Christopher Furness who was killed in the action. The Welsh Guards were subsequently part of the legendary Evacuation of Dunkirk that saw over 340,000 British and French troops return to the UK against all odds.

While they battled on in those theatres the 1st and 2nd joined the Guards Armoured Division, with the 1st Battalion being infantry and the 2nd armoured. The two battalions worked closely, being the first troops to re-enter Brussels on 3 September 1944 after an advance of 100 miles in one day in what was described as 'an armoured lash unequalled for speed in this or any other war'.