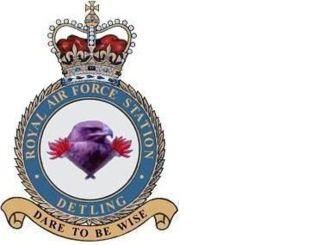 RAF Detling was a station of the Royal Naval Air Service (RNAS) in World War I and the Royal Air Force (RAF) in World War II. Situated 600 feet above sea level, it is located near Detling, a village about three miles north-east of Maidstone, in Kent.

RNAS Detling was used jointly by the Navy and Air Force between 1916 and 1919, and Fleet Air Arm aircraft also shared some facilities during the second World War. RAF Detling opened in 1939, was assigned to No 11 Group and closed in 1959.

The site of the airfield is now home to the annual Kent County Show, which takes place for three days every July, and a number of other shows and events.