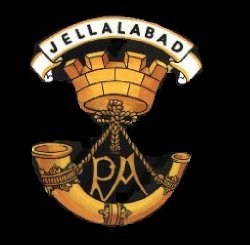 The Regiment was first raised as the ‘Earl of Huntingdon's Regiment’ by Theophilus Hastings, 7th Earl of Huntingdon in 1685, when James II expanded his army in response to the Monmouth rebellion.  James Scott the 1st Duke of Monmouth (the illegitimate son of Charles II and the King’s nephew) unsuccessfully attempted to overthrow the unpopular King and his small force was swiftly put down at the Battle of Sedgemoor.

After the Glorious Revolution in 1688, when Prince William of Orange arrived in England to claim the Throne and James II abdicated, the Regiment switched its allegiance to the new King William III.  The Regiment saw its first action at the Battle of Killekrankie (1689) during The Rising of 1689–92 when James II attempted to regain the throne by raising an army from the Scottish clans.  The battle failed to halt the advance of the rebels, but they were later defeated at the Battle of Dunkeld.  The Regiment accompanied King William III to Ireland in 1690 for the decisive victories at the Battles of Boyne and Cork.

In 1701 the Regiment took part in the War of Spanish Succession (1701–1714) and then remained on Garrison duty at Gibraltar during 1711-28, resisting the Spanish siege of Gibraltar in 1727 during the Anglo-Spanish War (1727–1729).  In 1745 Bonnie Prince Charlie (the grandson of James II) landed in Scotland, attempting to regain the crown to the Stuart family inciting the 1745 Jacobite Rising.  The Regiment took part in the relief of Stirling Castle and the Battle of Culloden.

After serving in the War of the Austrian Succession (1740–48) the traditional system of naming Regiments after the current colonel was simplified with a number assigned according to the Regiments precedence; therefore ‘Pulteney's Regiment’ became the 13th Regiment of Foot in 1751.  In 1782 county titles were added to those Regiments without Royal titles to aid recruitment from that area and the Regiment became the 13th (Somersetshire) Regiment of Foot.

From 1790, during the French Revolutionary War (1792–1802), the 13th was deployed to the West Indies to increase the British presence in the area, later moving to the island of St. Domingo to assist the rebel slaves against the French army during the Haitian Revolution (1791–1804).  The greatest loss of life at the time came from disease and the Regiment was reduced to just 60 men at the end of 1794.  The 13th moved to Egypt in 1801, after a period of rebuilding in England, defeating Napoleon’s invasion force and took part in the Siege of Alexandria.

In 1822, the 13th went to serve in India and converted to a Light Infantry Regiment and re-titled as the 13th (1st Somersetshire) Regiment (Light Infantry).  Light Infantry provide a skirmishing screen ahead of the main body of infantry in order to delay the enemy advance.  The Regiment remained in the region until 1838, and participated in the 1st Burmese War (1824 –1826) and in the First Anglo-Afghan War in 1838; breaking the siege and defeating the Afghan forces at the fortified town of Jalalabad.  In recognition of this achievement the 13th was awarded the official patronage of Prince Albert and permitted to use his name, becoming the 13th (1st Somersetshire) (Prince Albert's Light Infantry) Regiment of Foot.  It went on to fight during the Crimean War, the Indian Mutiny of 1857, the Zulu Wars, the Third Burmese War (1885), the Boer War (1899–1902) and two World Wars.

The Regiment was awarded 60 Battle Honours and 1 Victoria Cross losing 4,760 men during the course of the First World War.

2nd Battalion
04.08.1914 Stationed in Quetta, India and remained in India throughout the war.

3rd (Reserve) Battalion
04.08.1914 Stationed at Taunton and moved to Devonport, Plymouth.
Nov 1917 Moved to Ireland and stationed at Londonderry.
April 1918 Moved to Belfast.

1/4th Battalion Territorial Forces
04.08.1914 Stationed at Bath as part of the South-Western Brigade of the Wessex Division, then moved to war station at Plymouth and then on to Salisbury Plain.
09.10.1914 Embarked for India from Southampton arriving at Bombay 09.11.1914 where the Division was broken up.
21.01.1916 Moved to Basra and joined the 37th Indian Brigade of the 3rd Indian Division.
05.05.1916 Transferred to the 41st Indian Brigade defending the Lines of Communication.
Mar 1918 Transferred to the 56th Indian Brigade.
Sept 1918 Brigade attached to the 14th Indian Division and ended the war at Tekrit north of Baghdad, Mesopotamia.

1/5th Battalion Territorial Forces
04.08.1914 Stationed at Taunton as part of the South-Western Brigade of the Wessex Division then moved to war station at Plymouth and then on to Salisbury Plain.
09.10.1914 Embarked for India from Southampton arriving at Bombay 09.11.1914 where the Division was broken up.
26.04.1917 Embarked for Egypt from Bombay arriving at Suez 11.05.1917 and joined the 233rd Brigade of the 75th Division which engaged in various actions against the Turkish Army including;
1917
The Third Battle of Gaza, The Capture of Gaza, The Capture of Junction Station, The Battle of Nabi Samweil.
1918
The Battle of Tell'Asur, The Battle of Berukin, The Battle of Sharon.
31.10.1918 Ended the war at Kalkiliah south Haifa, Palestine.

2/4th Battalion Territorial Forces
Sept 1914 Formed at Bath then moved to Salisbury Plain and then back to Bath as part of the 135th Brigade of the 45th Division.
12.12.1914 Embarked for India arriving 23.01.1915 where the Division was broken up.
Aug 1915 Moved to Andaman Islands.
Jan 1916 Returned to India.
25.09.1917 Deployed to Egypt arriving at Suez and joined the 232nd Brigade of the 75th Division.
1917
The Third Battle of Gaza, The Capture of Gaza, The Capture of Junction Station, The Battle of Nabi Samweil.
1918
The Battle of Tell'Asur.
02.05.1918 Left the division and Embarked for France from Port Said arriving at Marseilles 01.06.1918 to join the 34th Division at Berthen.
05.07.1918 Became a Pioneer Battalion and the Division engaged in various actions including;
The Battle of the Soissonais and of the Ourcq, The capture of Baigneux Ridge, The Battle of Ypres, The Battle of Courtrai, The action of Ooteghem, The action of Tieghem.
11.11.1918 Ended the war at Wevelghem west of Courtrai, Belgium.

2/5th Battalion Territorial Forces
Sept 1914 formed at Taunton and then moved to Salisbury Plain and then Bath as part of the 135th Brigade of the 45th Division.
12.12.1914 Deployed to India where the Division was broken up and the Battalion remained in India.

3/4th & 3/5th Battalion Territorial Forces
Mar 1915 Formed at Bath and Taunton and then moved to Bournemouth.
08.04.1916 Became the 4th and 5th Reserve Battalions.
01.09.1916 Moved to Hursley Park where the 4th Battalion absorbed the 5th as part of the Wessex Reserve Brigade.
Oct 1916 Moved to Bournemouth.
Mar 1917 Moved to Sutton Veny and then Larkhill.
April 1918 Moved to Oswestry and join the West Lancashire Reserve Brigade.

6th (Service) Battalion
Aug 1914 Formed at Taunton as part of the First New Army (K1) and then moved to Aldershot to join the 43rd Brigade of the 14th Division.
21.05.1915 Mobilised for war and landed at Boulogne and engaged in various actions on the Western Front including;
1915
The Action of Hooge, part of the first flamethrower attack by the Germans, The Second Attack on Bellewaarde.
1916
The Battle of Delville Wood, The Battle of Flers-Courcelette.
1917
The German retreat to the Hindenburg Line, The First Battle of the Scarpe, The Third Battle of the Scarpe, The Battle of Langemark, The First Battle of Passchendaele, The Second Battle of Passchendaele.
1918
The Battle of St Quentin, The Battle of the Avre,
14.04.1918 Formed a composite battalion with the 5th Battalion of the Oxford & Buckinghamshire Light Infantry.
27.04.1918 Reduced to cadre.
18.06.1918 Returned to England with the 16th Division.
20.06.1918 Reconstituted by absorbing the 13th Battalion of the Duke of Cornwall’s Light Iinfantry at Cromer, Norfolk.
04.07.1918 Moved to Aldershot and joined the 49th Brigade of the 16th Division.
01.08.1918 Returned to France and landed at Boulogne once again engaged in various actions including;
The Final Advance in Artois.
11.11.1918 Ended the war at Bruyelle south of Tournai, Belgium.

9th (Reserve) Battalion
Oct 1914 Formed at Plymouth as a service battalion of the Fourth New Army (K4) as part of the 98th Brigade of the 33rd Division then moved to St. Austell, Cornwall.
10.04.1915 Became a 2nd reserve battalion then moved to Wareham and then Swanage.
Oct 1915 Moved to Blandford as part of the 10th Reserve Brigade.
July 1916 Moved to Swanage.
01.09.1916 Became 45th Training Reserve Battalion.

11th Battalion Territorial Force
01.01.1917 Formed at Whitstable from the 85th Provisional battalion as part of the 227th Brigade.
Oct 1917 Moved to Herne Bay, Kent.
Mar 1918 Moved to Wrentham, Suffolk and became Garrison Guard.
06.05.1918 Mobilised for war and landed in France and joined the 177th Brigade of the 59th Division.
16.07.1918 Title of ‘Garrison Guard’ discontinued.
The Battle of Albert, The general final advance in Artois and Flanders
11.11.1918 Ended the war at Pecq north of Tournai, Belgium.

12th (West Somerset Yeomanry) Battalion Territorial Force
04.01.1917 Formed at Ismaila, Egypt from dismounted West Somerset Yeomanry as part of the 229th Brigade of the 74th Division.
30.04.1918 Embarked for France from Alexandria landing at Marseilles on 07.05.1918.
The Second Battles of the Somme, The Battles of the Hindenburg Line, The Final Advance in Artois and Flanders.
11.11.1918 Ended the war east of Tournai, Belgium.

13th (Home Service) Battalion
27.04.1918 Formed at Wrentham, Suffolk to replace the 11th Battalion of the 227th Brigade and remained at Wrentham.

1st Garrison Battalion
Jan 1917 formed at Plymouth and went to India in Feb 1917.