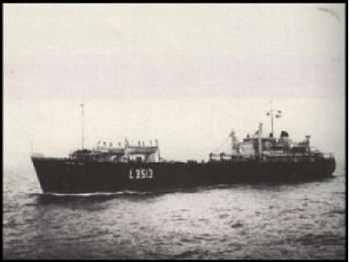 RFA Empire Gull (LST3513) was a landing ship, tank of the Royal Fleet Auxiliary. She was familiarly known as the "Black Pig" and was one of the last serving British Liberty Ships.