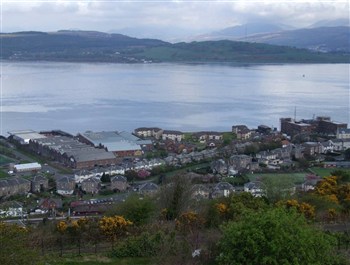 Royal Navy representatives visited Fiume to see a demonstration in late 1869 and in 1870 a batch of torpedoes was ordered. In 1871, the British Admiralty paid him ?15,000 for certain of his developments and production started at the Royal Laboratories in Woolwich the following year. In 1893, RN torpedo production was transferred to the Royal Gun Factory. The British later established a Torpedo Experimental Establishment at HMS Vernon and a production facility at the Royal Naval Torpedo Factory, Greenock in 1910. These are now closed.