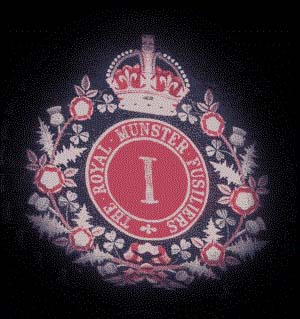 The Regiment can trace its history back to 1652 when it was first formed as part of a private army for the East India Company.  This British Company was formed in December 1600 in an effort to break the Dutch spice trade monopoly.  The Company quickly realized that it needed to secure and protect its trading posts at Surat, Madras, Bombay and Calcutta.  Therefore within two centuries The Company had bought land from the Indian rulers, built settlements, raised its own army and navy, built its own ships and effectively ruled India, thus raising the curtain for Britain's Indian Empire.  The Regiment was initially involved in guarding factories along the Hugli River in Bengal.  The Regiments Officers were recruited and trained in Britain and commanded a mainly native force.

The ruling Mughal Empire in India was near collapse by the mid-18th century and The East India Company found itself fighting for supremacy against the French and becoming increasingly involved in local power politics.  In December 1756 separate companies and detachments were amalgamated into one battalion; The Bengal European Battalion and was involved in the Battle of Plassey, and also helped to defend Fort William against Prince Suraja Dowlah, where many of the officers and men perished in the infamous Black Hole of Calcutta.  In 1758 the Regiment also fought against the French at the Battle of Condore and then in 1759 against the Dutch.

Once The Company had consolidated its position, it focused on the collecting territorial taxes in northeast India and confirmed British military supremacy in the region making The Company the ruling power in Bengal, India’s richest province.  The British government was happy to let the Company rule as long as wealth continued to flow back to London.

However, the Indian population became increasingly discontented with The Company’s interference in local affairs and politics, which eventually lead to the first Indian Rebellion in 1857.  The Regiment was involved in various battles and the eventual suppression of the Rebellion.  However this spelt the end of The Company’s rule in India as the British government felt it had mismanaged the situation.  The Company was formally dissolved in Aug 1858 and the Crown took over control of the administration and its armies in India.  The two battalions were incorporated into the British Army as the 101st Royal Bengal Fusiliers and 104th Bengal Fusiliers.  In 1861 the battalions became the 101st Regiment of Foot (Royal Bengal Fusiliers) and 104th Regiment of Foot (Bengal Fusiliers).

In 1881 the Childers Reforms restructured the British army infantry Regiments into a network of multi-battalion Regiments each having two regular and two militia battalions.  The 101st Regiment of Foot (Royal Bengal Fusiliers) and 104th Regiment of Foot (Bengal Fusiliers) were amalgamated with the Militia of Munster and became The Royal Munster Fusiliers, one of only five of the infantry battalions given Irish titles.  The Regiment was disbanded in June 1922 following cuts in the British army and the establishment of the new Irish Free State.

Since 1815 the balance of power in Europe had been maintained by a series of treaties. In 1888 Wilhelm II was crowned ‘German Emperor and King of Prussia’ and moved from a policy of maintaining the status quo to a more aggressive position. He did not renew a treaty with Russia, aligned Germany with the declining Austro-Hungarian Empire and started to build a Navy rivalling that of Britain. These actions greatly concerned Germany’s neighbours, who quickly forged new treaties and alliances in the event of war. On 28th June 1914 Franz Ferdinand the heir to the Austro-Hungarian throne was assassinated by the Bosnian-Serb nationalist group Young Bosnia who wanted pan-Serbian independence. Franz Joseph's the Austro-Hungarian Emperor (with the backing of Germany) responded aggressively, presenting Serbia with an intentionally unacceptable ultimatum, to provoke Serbia into war. Serbia agreed to 8 of the 10 terms and on the 28th July 1914 the Austro-Hungarian Empire declared war on Serbia, producing a cascade effect across Europe. Russia bound by treaty to Serbia declared war with Austro-Hungary, Germany declared war with Russia and France declared war with Germany. Germany’s army crossed into neutral Belgium in order to reach Paris, forcing Britain to declare war with Germany (due to the Treaty of London (1839) whereby Britain agreed to defend Belgium in the event of invasion). By the 4th August 1914 Britain and much of Europe were pulled into a war which would last 1,566 days, cost 8,528,831 lives and 28,938,073 casualties or missing on both sides.

The Regiment raised 10 Battalions and was awarded 51 Battle Honours and 3 Victoria Crosses during the course of the war. The Regiment was engaged in battle 13 times at full strength and reduced to less than 6 officers and 300 men 10 of those times. 3,070 men of the Regiment died during the 1,566 days of action.

3rd Battalion
04.08.1914 Stationed Tralee, County Kerry Ireland moved to Berehaven, Bantry Bay.
Oct 1914 Moved to Cork.
May 1915 Moved to Aghada, Cork Harbour.
Oct 1917 Moved to Ballingcollig, Cork.
Nov 1917 Moved to Devonport, Plymouth England, then absorbed into the 4th and 5th Battalions in May 1918.
4th (Extra Reserve) Battalion
04.08.14 Stationed at Kinsale, Ireland then moved to Queenstown and on to Aghada, Cork Harbour.
May 1915 Moved to South Shields then on to Fermoy.
Feb 1916 Moved to Bere Island, then onto Curragh and Castlebar, Co. Mayo.
Nov 1917 Moved to Dreghorn, Scotland
April 1918 Moved to Portobello and then onto Plymouth and absorbed by the 3rd Battalion.

5th (Extra Reserve) Battalion
04.08.14 Stationed at Limerick, Ireland then moved to Queenstown.
Oct 1914 Moved to Bere Island, then onto Crosshaven, Cork Harbour.
May 1915 Moved to North Shields and then on to Curragh.
Aug 1917 Moved to Galway and then to Invergordon, Scotland in Nov.
April 1918 Moved to Fort George and then onto Plymouth and absorbed by the 3rd Battalion.

6th and 7th (Service) Battalion
Aug 1914 Formed at Tralee, County Kerry as part of the First New Army (K1), then moved to Curragh and joined the 30th Brigade of the 10th Division.
May 1915 Moved to Basingstoke, England.
09.07.1915 Mobilised for war and embarked for Gallipoli from Liverpool via Mudros.
07.08.1915 Landed at Suvla Bay and were involved in the attack on Chocolate Hill, The Battle of Scimitar Hill and attack on Hill 60
02.10.1915 Evacuated to Mudros and then on to Salonika in order to help the Serbs fight against Bulgarian aggression and were involved in various battles including; action at Kosturino, action at the Karajakois and Yenikoi.
03.11.1916 The 6th absorbed the 7th Battalion
Sept 1917 Moved to Egypt and were involved in the Palestine campaign
30.04.1918 Left the 10th Division and moved to Marseilles, France.
05.06.1918 Absorbed by the 2nd Battalion and disbanded.

8th (Service) Battalion
Sep/Oct 1914 Formed at Fermoy as part of the Second New Army (K2), then moved to Mitchelstown, County Cork and joined the 47th Brigade of the 16th Division.
May 1915 Moved to Templemore then back to Fermoy then to Blackdown, Aldershot.
18.12.1915 Mobilised for war and landed at Havre.
30.05.1916 Absorbed 12 Officers and 200 men of the disbanded 9th Battalion, and engaged in various action on the Western Front including; The Battle of Guillemont and The Battle of Ginchy.
23.11.1916 Disbanded in France and the remaining personnel moved to the 1st Battalion.

9th (Service) Battalion
Sep/Oct 1914 Formed at Kilworth as part of the Second New Army (K2), then moved to Ballyvonare and joined the 48th Brigade of the 16th Division.
May 1915 Moved to Ballyhooly and then to Blackdown, Aldershot.
20.12.1915 Mobilised for war and landed at Havre.
30.05.1916 Disbanded in France and the remaining personnel moved to the 8th Battalion.

Passchendaele became infamous not only for the scale of casualties, but also for the mud.
Ypres was the principal town within a salient (or bulge) in the British lines and the site of two previous battles: First Ypres (October-November 1914) and Second Ypres (April-May 1915). Haig had long wanted a British offensive in Flanders and, following a warning that the German blockade would soon cripple the British war effort, wanted to reach the Belgian coast to destroy the German submarine bases there. On top of this, the possibility of a Russian withdrawal from the war threatened German redeployment from the Eastern front to increase their reserve strength dramatically.
The British were further encouraged by the success of the attack on Messines Ridge on 7 June 1917. Nineteen huge mines were exploded simultaneously after they had been placed at the end of long tunnels under the German front lines. The capture of the ridge inflated Haig's confidence and preparations began. Yet the flatness of the plain made stealth impossible: as with the Somme, the Germans knew an attack was imminent and the initial bombardment served as final warning. It lasted two weeks, with 4.5 million shells fired from 3,000 guns, but again failed to destroy the heavily fortified German positions.
The infantry attack began on 31 July. Constant shelling had churned the clay soil and smashed the drainage systems. The left wing of the attack achieved its objectives but the right wing failed completely. Within a few days, the heaviest rain for 30 years had turned the soil into a quagmire, producing thick mud that clogged up rifles and immobilised tanks. It eventually became so deep that men and horses drowned in it.
On 16 August the attack was resumed, to little effect. Stalemate reigned for another month until an improvement in the weather prompted another attack on 20 September. The Battle of Menin Road Ridge, along with the Battle of Polygon Wood on 26 September and the Battle of Broodseinde on 4 October, established British possession of the ridge east of Ypres.
Further attacks in October failed to make much progress. The eventual capture of what little remained of Passchendaele village by British and Canadian forces on 6 November finally gave Haig an excuse to call off the offensive and claim success.
However, Passchendaele village lay barely five miles beyond the starting point of his offensive. Having prophesied a decisive success, it had taken over three months, 325,000 Allied and 260,000 German casualties to do little more than make the bump of the Ypres salient somewhat larger. In Haig's defence, the rationale for an offensive was clear and many agreed that the Germans could afford the casualties less than the Allies, who were being reinforced by America's entry into the war. Yet Haig's decision to continue into November remains deeply controversial and the arguments, like the battle, seem destined to go on and on.