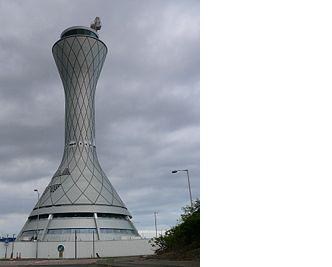 Turnhouse Aerodrome was the most northerly British air defence base in World War I. The small base opened in 1915 and it was used to house the 603 (City of Edinburgh) Squadron, which consisted of DH 9As, Westland Wapitis, Hawker Harts, and Hawker Hind light bombers. All the aircraft used a grass air strip.

In 1918 the Royal Air Force was formed and the airfield was named RAF Turnhouse and ownership transferred to the Ministry of Defence.

When World War II broke out, fighter command took control over the airfield and a runway of 3,900ft was paved to handle the Vickers Supermarine Spitfire.

When the war ended the airfield still remained under military control, but by the late 1940s the first commercial services were launched. In 1947, British European Airways started a service between Edinburgh and London using Vickers Vikings followed by the Viscount and Vanguard series.