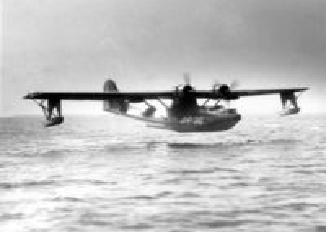 St. Angelo became a military airfield in April 1941 and, because of poor drainage and boggy conditions, grass landing strips were out of the question and solid runways were built; one on a North/South axis the other East to West. The RAF took it over in August 1941 and it opened as a fighter station on September 15th with parts of 133 and 134 squadrons, equipped with Spitfires and Hurricanes, who used St. Angelo as a base to intercept enemy reconnaissance aircraft off the west coast of Ireland.

In August 1943, Coastal Command took over the station and it became a satellite of the Catalina and Sunderland flying boat base at Killadeas.

The airfield also became the home for 235Sqn in October 1943 and they flew the long range torpedo bomber, the Beaufighter, in the ceaseless war against the U-Boat packs who were harrying the convoys fighting their way across the Atlantic with desperately needed supplies.
At the end of the war the airfield became a maintenance base and before it was officially disbanded in February 1947 it was used as a place for storing and breaking up the Avro Anson transport aircraft.