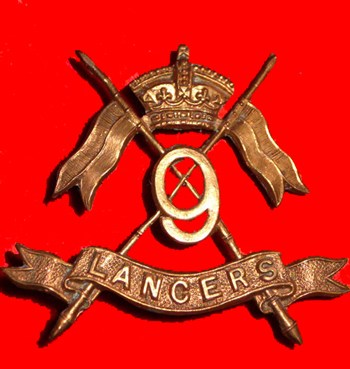 Queen’s Royal Lancers were a cavalry regiment of the British Army.

Prominent officers of the 9th Lancers who lost their lives during the Indian rebellion of 1857 include :

In its long and eventful existence, soldiers and officers of the 9th Lancers have participated in actions at several places including South Africa, World War I and World War II.

It was amalgamated with the 12th Lancers on 11 September 1960, forming the 9th/12th Royal Lancers (Prince of Wales’s).