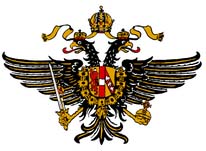 The regiment currently operates in the formation reconnaissance role and is equipped with vehicles from the CVR(T) family. These include the Scimitar armoured reconnaissance vehicle; the Sultan command vehicle and Samaritan ambulance; the Spartan armoured personnel carrier and the Samson armoured recovery vehicle.

The regiment is currently serving in Germany, having recently returned from Iraq on Operation Telic, its third tour to the region in three years. In 2003, C Squadron QDG was attached to 3 Commando Brigade, providing the reconnaissance and light armour support necessary to allow the brigade’s advance north to Al Basrah. Members of C Squadron won a variety of operational awards for their efforts on Op Telic 1, most notably the Military Crosses awarded to Lieutenant Simon Farebrother and Major Henry Sugden.

The regiment’s cap badge is the Habsburg double headed eagle, which Emperor Franz Joseph of Austria allowed the 1st King’s Dragoon Guards to wear when he become their Colonel-in-Chief in 1896.