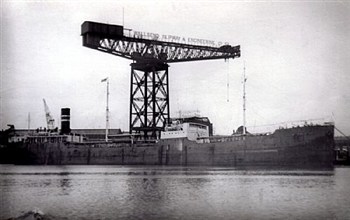 01.1917, completed as Oleander for the Admiralty but renamed Fernleaf before entering service. 09.02.1920 Purchased by the British Tanker Company Ltd, renamed British Fern. Broken up at Osaka.