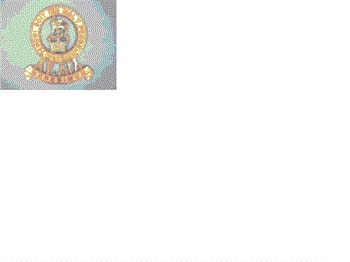 Overview
It was created as part of the reduction in the cavalry in the aftermath of World War I. It was formed by the amalgamation of the 15th The King’s Hussars and the 19th Royal Hussars (Queen Alexandra’s Own) on 11 April 1922, becoming the 15th/19th Hussars. It briefly dropped the 19th numeral from its title in 1932, becoming the 15th The King’s Royal Hussars, before regaining it the following year.


Mechanisation
It mechanised in the late 1930s, and was transferred to the Royal Armoured Corps in 1939. At the outbreak of the Second World War, it was based at York with the 3rd Infantry Division, serving as the divisional reconnaissance regiment. It deployed with them in the British Expeditionary Force, and fought in the Battle of France. During this time, it also operated with the 2nd Armoured Reconnaissance Brigade.

After the withdrawal to the UK, it operated with 3rd Motor Machine Gun Brigade, being assigned to the newly raised 28th Armoured Brigade of 9th Armoured Division in December 1940, with a cadre being detached to form the 23rd Hussars. It remained in the UK until after the D-Day landings, when it was sent to Normandy as the divisional reconnaissance regiment of the 11th Armoured Division. It ended the war in Germany.


Cold War
During the Cold War, it saw service across the world; as with most armoured regiments, however, it spent much of its time in West Germany as part of the British Army of the Rhine (BAOR). In 1976 the regiment returned to the UK, re-roling as an Armoured Reconnaissance Regiment, equipped with the FV101 Scorpion and when it deployed to BAOR with 3 Armoured Division at the end of 1977, became the fourth of four such Armoured Reconnaissance regiments in BAOR. From the mid 1980s however the Regiment again re-roled back to a Main Battle Tank (MBT) unit, serving on FV4201 Chieftain tanks, initially with the Mk5 before moving onto the more advanced and up-armoured MK10 and Mk11’s. The Regiment was one the last to actively man the steadfast Chieftain MBT in battle readiness, serving on them until being disbanded during 1992.

As part of the post-Cold War defence reforms, the 15th/19th amalgamated with the 13th/18th Royal Hussars (Queen Mary’s Own) on 1 December 1992 to form The Light Dragoons, again reverting back to the Armoured Reconnaissance role serving on FV107 Scimitar light tanks.