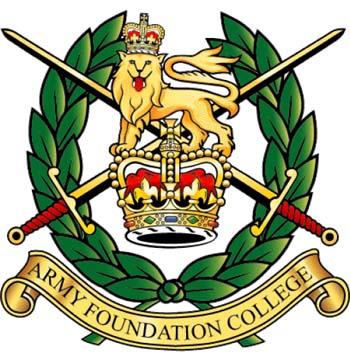 The Army Foundation College in Harrogate AFC(H) trains future soldiers from all cap badges except the Royal Military Police. School leavers aged between 16 and 17 years and one month of age are eligible to join, the AFC(H) offers young men and women the opportunity to learn as you earn. Through military training and vocational education, Soldiers under Training gain the soldering skills needed for the British Army.