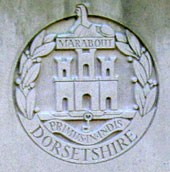 The Regiment was officially formed in 1881 from the amalgamation of the 39th and 54th Regiments of Foot however its history can be traced back 179 years prior to this date.

The 39th was formed in 1702 by Richard Coote, 1st Earl of Bellomont in Ireland as Richard Coote's Regiment of Foot; this followed the tradition of the time of naming Regiments after the current colonel.

The 54th was first formed in 1755 as the 56th Regiment of Foot but was subsequently re-numbered two years later after the disbandment of other Regiments. It received the county title ‘West Norfolk’ in 1782 to become the 54th (West Norfolk) Regiment of Foot.  The Regiment served during the Egyptian Campaign 1801 which drove the Napoleon’s Army out of Egypt during the The French Revolutionary Wars (1792– 1802).  The 54th went on to serve during the Battle of Waterloo, the First Anglo-Burmese War (1824-1826) fighting at the Battle of Ava and during the Indian Mutiny (1857-59).
Both Regiments were amalgamated in 1881 as part of the Childers Reforms which restructured the British army into a network of multi-battalion Regiments to become The Dorsetshire Regiment.  The newly formed Regiment went on to serve in India on the North West Frontier fighting during the Tirah Expedition (1897-1898) in order to regain control of the Khyber pass from the Afridi tribe.  The Regiment also served during the Second Boer war (1899-1902) fighting at the Relief of Ladysmith and during two World Wars.

The regiment raised a total of 12 Battalions and received 57 Battle Honours losing 4,060 men during the course of the war.

2nd Battalion
04.08.1914 Stationed at Poona, India as part of the 16th Brigade of the Poona Division.
06.11.1914 Deployed to the Persian Gulf and landed at Fao.
29.04.1916 350 men captured at Kut al Amara by the Turkish Army (only 70 survived their captivity).
04.02.1916 Composite Battalion was formed at El Orah, Tigris while battalion was besieged, from drafts and recovered wounded of the 2nd Norfolk and 2nd Dorset battalions, nicknamed the Norsets and was part of the 21st Brigade of the 7th Indian Division.
21.07.1916 The Composite Battalion was broken up and the 2nd Battalion reconstituted to become the Corps Troops of the Tigris Corps.
Sept 1916 Deployed on the Tigris Defences.
Jan1917 Transferred to the 9th Brigade of the 3rd Indian Division.
April 1918 Deployed to Egypt landing at Suez
31.10.1918 Ended the war at Zawata S.W. of Nazareth, Palestine.

1/4th Battalion Territorial Force
04.08.1914 Stationed at Dorchester as part of the South Western Brigade of the Wessex Division and then moved to Salisbury Plain.
09.10.1914 Embarked for India at Southampton landing at Bombay and then the Division broken up.
18.02.1916 Embarked for Basra from Karachi.
23.02.1916 Transferred to the 42nd Brigade.
May 1916 The 42nd transferred to the 15th Indian Division and engaged in various actions including;
1916
Action of As Sahilan.
1917
Capture of Ramadi.
1918
Occupation of Hit and Action of Khan Baghdadi.
31.10.1918 Ended the war near Khan Baghdadi on Euphrates N.W. of Baghdad, Mesopotamia.

2/4th Battalion Territorial Force
Sept 1914 Formed and then moved to Salisbury Plain as part of the 2/South Western Brigade of the 2/Wessex Division.
Oct 1914 Moved to Dorchester.
12.12.1914 Embarked for India from Southampton arriving at Bombay and the Division was broken up.
15.08.1917 Embarked for Egypt from Bombay arriving at Suez.
29.08.1917 Transferred to the 234th Brigade of the 75th Division and engaged in various actions as Part of the Palestine Campaign including;
1917
The Third Battle of Gaza, The Capture of Gaza, The Capture of Junction Station, The Battle of Nabi Samweil.
02.05.1918 Transferred to the 233rd Brigade of the 75th Division.
Aug 1918 Disbanded in Palestine.