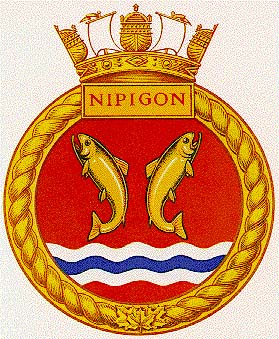 HMCS Nipigon was a Annapolis class destroyer, built at Marine Industries Limited, Sorel, Quebec.
She was built using a ’Unit Construction System’, developed by Canadian shipyards, this involved seperate units, prefabricated, being moved to the shipyard and assembled finally at the yard. It was a move away from the traditional ’Keel up’ construction method.
In 2003 she was scuttled to become a natural reef in the St.Lawrence River.