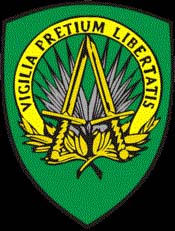 SHAPE retained its traditional name with reference to Europe for legal reasons although the geographical scope of its activities was extended in 2003. At that time, NATO’s command in Lisbon, historically part of the Atlantic command, was reassigned to ACO. The commanding officer of Allied Command Operations has also retained the title "Supreme Allied Commander Europe" (SACEUR), and continues to be a U.S. four-star flag officer who also serves as Commander, U.S. European Command.

An integrated military structure for NATO was first established after the Korean War raised questions over the strength of Europe’s defences against a Soviet attack. The first choice for commander in Europe was the popular and respected U.S. Army General Dwight D. Eisenhower, as he had successfully directed the Allied landings and subsequent march into Germany during World War II, amid many inter-Allied controversies over the proper conduct of the campaign in the western theatre. On December 19, 1950 the North Atlantic Council announced the appointment of General Eisenhower as the first SACEUR. Field Marshal Bernard Montgomery moved over from the predecessor Western European Defence Organisation to become the first Deputy SACEUR, who would serve until 1958. Volume 3 of Nigel Hamilton’s Life of Montgomery of Alamein gives a good account of Montgomery’s exacting, tireless approach to improving the command’s readiness, which however caused a good deal of bruised feelings in doing so. In establishing the command, the first NATO planners drew extensively on WEDO plans and personnel.

General Eisenhower arrived in Paris on January 1, 1951 and quickly set to work with a small group of planners to devise a structure for the new European command. The Planning Group worked in the Hotel Astoria in central Paris while construction of a permanent facility began at Rocquencourt, just west of the city, at Camp Voluceau.

In December 1950 it was announced that the forces initially to come under General Eisenhower’s command were to be the Seventh United States Army in Germany, the British Army of the Rhine, with 2nd & 7th Armoured Divisions, to be bolstered by 11th Armoured Division and a further infantry division, three French divisions in Germany and Austria, the Danish, Belgian, and the Independent Norwegian Brigades in Western Germany, and the American and British garrisons in Austria, Trieste, and Berlin. Four days after Eisenhower’s arrival in Paris, on 5 January 1951, the Italian defence minister, Signor Pacciardi, announced that three Italian divisions were to be formed as Italy’s ’initial contribution to the Atlantic army,’ and that these divisions would also come under Eisenhower’s control.

The initial plans saw the defence of Western Europe from a Soviet invasion resting heavily on nuclear weapons, with conventional forces merely acting as a ’tripwire.’ The policy enunciated in Military Committee document MC14/1, issued in December 1952, saw the defence of Germany as principally a delaying action, to allow a line of resistance to be established along the lines of the Ijssel and Rhine rivers. The conventional forces would attempt to hold this line while the allied strategic air forces defeated the Soviets and their allies by destroying their economy and infrastructure. From 1967 however, under ’flexible response,’ the aim became to build up conventional forces so that, if possible, nuclear weapons might not be needed. However it was made clear that first use of nuclear weapons might be necessary if the conventional defences were being overwhelmed. Eventually SACEUR was allocated planning control of a small number of US and all the British ballistic missile submarines, and some 7,000 tactical nuclear weapons were deployed in Europe.