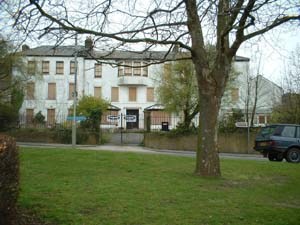 The Prince of Wales Sea Training Hostel was founded in 1920 at Limehouse in London. The PWSTH was used to train boys for service as Deck Ratings in the Merchant Navy and was operated by the British Sailors Society.  The PWSTH moved to Ingham in 1940. In 1948 it changed its name to The Prince of Wales Sea Training School and eventually transferred to Dover in 1953 until its closure in 1975. The colours were laid up on the 27th October 1975. During the Limehouse period HRH The Prince of Wales paid special interest in the hostel and it’s running. A total of  4,911 boys were trained at the school during it’s operation.