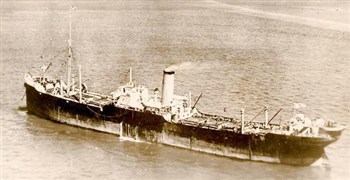 Launched as motor passenger ship Magnava, completed as Domala (8441 tons) for British India Steam Navigation Co Ltd, London
On 2 Mar, 1940, the Domala was bombed by a German aircraft, set on fire and beached in Solent. She was rebuilt as steam merchant Empire Attendant for Ministry of War Transport (MoWT).